In humans the kidneys are hey located high in the abdominal cavity one on each side of the spine and lie in a retroperitoneal position at slightly oblique angle and act to filter blood to create urine.

Kidneys are the organs that filters the waste and also manage the blood flow in the body. It is very important for the Kidney to function properly as losing their filter ability means the accumulation of dangerous level of wastes which can create a disturbance in the chemical makeup of your body. There are many signs develop in letter stages that can be possible kidney failure symptoms in the patient and ayurvedic medicine for Kidney Disease is helpful to reduce symptoms.

Kidney Disease can affect children in various ways  ranging from treatable disorders without long term consequences to life threatening conditions. Acute kidney Disease develops suddenly lasts a short time and can be serious with long lasting consequences or may go away completely once the underlying cause has been treated.

Kidney Disease in children as

Chronic kidney disease(CKD) does not go away with a kidney treatment and tends to get worse over the time. CKD eventually leads to kidney failure, described as end stage Kidney Disease or treated with kidney transplant or blood filtering treatments called dialysis.

CKD is a chronic condition in which the Kidneys are permanently damaged. Kidney function is decreased and it gets worse over the time. CKD is also called chronic renal disease or chronic kidney failure (CKD).

The causes of CKD are very different in children than in adults.

Birth defects, congenital abnormalities and hereditary disease like Polycystic kidney disease are most common cause of CKD.

Inflammation of the Kidneys is the most frequent cause of Kidney failure.

Nephrotic Syndrome and disease like lupus are also common causes.

Common symptoms of CKD in children 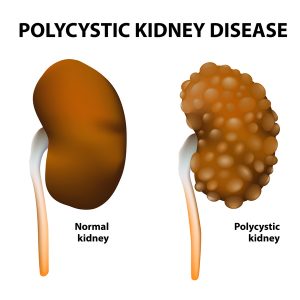 These cysts go on displacing the nephrons and as a result the functional part of the Kidneys go on decreasing. PKD if left untreated may impair kidney function cause kidney failure. 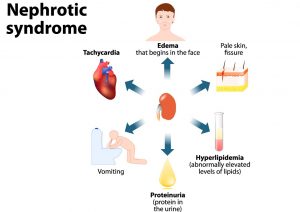 Necrotic syndrome is a kidney disorder that causes your body to pass too much protein in your urine. It is not a disease itself but rather refers to a group of symptoms including edema, proteinuria, hyperlipidaemia and hypo albuminemia. It is more commonly occurs in children than adults.

Albuminuria is a condition of having too much protein in the urine which results from damage within the Kidneys. It can also occur in patients with long standing diabetes, hypertension. If this happens, the symptoms may present as swelling of the ankles, hand, dummy or face.

Kidney dysplasia is a condition where the kidneys (either one or both) of a newborn baby do not develop when in the mother’s womb. These newborns having severe kidney dysplasia of both kidneys generally and do not survive after birth. The newborns that do survive may need a kidney transplantation or regular dialysis (life support system to filter out harmful wastes from the body) immediately after birth for life

While there is no direct description of this condition in Ayurveda, disorders of development and congenital conditions are covered as Garbhaja vikruti (Congenital disorders). This vikruti (malformation) is based on the concept of Shad-Garbhkarabhavas (six procreative factors) such as Matrija (Maternal), Pitrija (Paternal), Aatmaja (Soul), Rasaja (Nourishment/blood), Satmyaja (Homologusness), and Sattvaja (Psychic). 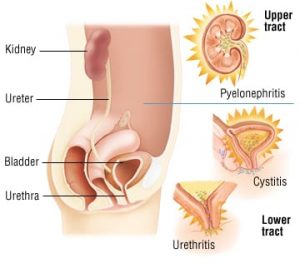 Any infection within the urinary system is considered to be a Urinary Tract Infection (UTI). This involves an infection in the these organs of the body  –

These infections need immediate medical attention as when left untreated, these can cause permanent damage to the kidneys and can have serious long-term implications

Hard masses that are formed in the urinary tract and cause severe pain, bleeding, infection or block of the flow of urine are called Stones.

Ureteric stones are the small deposits that form due to deposition of small minerals and some salts from the urine. These are usually formed in the kidneys where they are known as renal stones/kidney stones and move down into the ureters – tubes through which urine passes from kidney to the bladder (where they are called ureteric stones). In cases where the urine becomes denser or more concentrated, these minerals stick together and crystallize to form the stones. These stones are very painful and cause agony.

Ayurveda describes this condition as Ashmari (Ashma- stone and ari – enemy). Ashmari is most commonly called mutrashmari (Urinary /kidney stones).  It is a disease of the Mutravaha strotas (Urinary channels) and is considered one of the Ashta Mahagadas (8 deadly diseases) by Ayurveda. 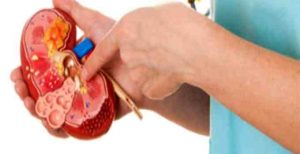 The infection of the kidney is medically termed as pyelonephritis. It is a type of urinary tract infection (UTI) that usually starts from the lower organs such as the urethra (tube that connects bladder to the other parts of the body) or urinary bladder, and gradually moves up to the kidneys.

Such infections need immediate medical attention as when left untreated, these can cause permanent damage to the kidneys.

According to Ayurveda, kidney infections are covered under a broad term called Mutravaha sroto vikaras (Difficulty in urination) that includes the conditions of kidneys and urinary tract infections

Proteinuria simply means the presence of ‘protein’ in the urine. This is mostly indicative of poor functioning of the kidneys whereby the proteins get leaked into the urine and get thrown out of the body. While some amount of protein is generally found in urine, in case of kidney damage, the quantity increases.

The concept of Prameha (literally means ‘passing through’), in which a group of disorders relating to abnormal constituents passing through urine are described. These can be considered the nearest description of proteinuria in Ayurveda. The symptoms explained in Prameha group are similar to that of proteinuria. Both in modern medicine and Ayurveda, proteinuria shows up as a common symptom for diabetes. 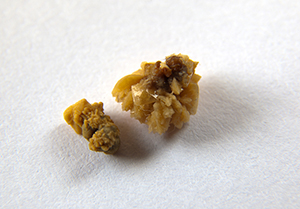 Kidney stones are the small deposits that get accumulated in the kidneys. They are medically termed as Renal-lithiasis or Nephrolithiasis. These stones are made up of minerals and some salts found in the urine. In cases where the urine becomes denser or more concentrated, these minerals stick together and crystallize to form the stones. These stones are very painful and cause agony.

Ayurveda describes this condition as Ashmari (Ashma- stone and ari – enemy). Ashmari is most commonly called mutrashmari (Urinary /kidney stones).  It is a disease of the Mutravaha strotas (Urinary channels) and is considered one of the Ashta Mahagadas (8 deadly diseases) by Ayurveda.

Kidney patient come our center our first step of Concept is to repair the inflamed kidney tissue to the desirable extent. When a patient of Kidney failure come our Centre his blood urea, serum creatinine , protein electrolytes levels are generally elevated to dangerous levels. The patient approaches us first we focus to get these levels normalized with the help of Ayurvedic medicines i.e our self formulated Ayurvedic medicine.

Our specialised formulation are combination of herbal, herbal drugs combination very useful in any Kidney Disease.